I just finished reading the book “1776” by David McCullough. It was an excellent book. 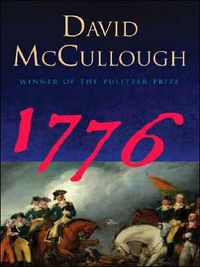 As you may have guessed, the book is about the year 1776 which is when the Declaration of Independance was signed and when the American revolution started in full swing. Unexpectedly, this book focuses very little on the signing of the Declaration. If anything, it portrays it as a big boost to the American army to know for what they aim.

The book is written in the perfect way. Rather than just giving you the facts, the author presents the story of the Revolution as…well…a story. You feel as if you stand with the soldiers in awe of the majestic George Washington. Yet, you also feel the pain and fear that Washington feels. His incredible plan for the re-taking of Boston literally gave me chills for the whole time I read it.

I also appreciated the way the author portrayed the English and their King. They weren’t complete bumbling idiots as they are often portrayed. (Though, their feelings for the Americans and their “revolution” are accurately presented.)

I think that every American should read this book. It’s amazing that just 230 years later, we are very unfamiliar with all that happened.

For one of our Christmas presents, my in-laws brought us to see “Bodies…The Exhibition here in Las Vegas. What an eye opening thing it was. “To help you see what a body really looks like on the inside, this Exhibition uses real human bodies that have been preserved so they do not decay.” There are bodies placed in different poses so you see how all the muscles work together. There are samples of lungs, but smoker and non-smoker. Perhaps the neatest room was the “Fetus Room” where they showed a fetus in different stages of development. Candace and I found the baby that corresponded to our current week (Week 15) and we were surprised that it was that Slim was that big already.

The price was a little steep ($28), but we spent a good two hours in there and learned a lot. At first, it feels strange to be looking at real bodies, but after a while it wears off and you just appreciate the detail and intricate simplicity of the body.

A surprise side-benefit of teh Exhibition is the confirmation it was for me that we were created by a God who is our Heavenly Father. The human body is a masterpiece that, for me, must be a divine creation.

For instance, I’m good at catching things when they are dropped or knocked over. If I drop a pen or bagel, my mind seems to work well on grabbing it out of the air. This un-practiced talent has saved me (and others) in the past. 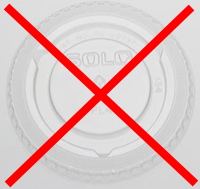 If you have natural, random things that you do well/don’t do well, I’d love to hear them. Maybe we share a talent.

Candace and I felt like going on a little adventure yesterday.

First, we went down to the Bellagio so we could see the flower arrangement they had on display for December. It was very nice. I’m always amazed at what they can do in there with flowers and plants.

Second, we thought that we would ride the Las Vegas Monorail. It’s been here in Las Vegas for a few years and I had yet to take a ride on it. My thoughts? No wonder it has been failing ever since it was built. To walk from Las Vegas Blvd to the monorail station it too 1,200 steps. We had to go thru all of Bally’s Casino, their in-casino mall, by their pool up plenty of escalators and we were finally on the monorail. When we got there, it cost us $5 each way. There was a group of four tourists next to us and I over heard one say, “We could have just pooled together our money to get a taxi and it would have been cheaper. And, we wouldn’t have had to walk this far.”

As usual, you can blame the poor design on greed. The Strip casinos didn’t want a useful monorail below or above Las Vegas Blvd because then tourists wouldn’t walk up and down the street, entering their casinos, and wasting money on gambling.

The actual monorail was fun though. It was clean and gave a fun view of the Wynn Golf Course which was beautiful.

We rode the monorail to the Las Vegas Convention Center so that we could watch the United States Table Tennis National Championships. That was great fun. I was amazed at how many people were very into the sport. That athletes were increibly talented and all of the styles were so different. It was especially fun to watch the elite players strut around the floor just eating up the attention. There were tables filled with blades, paddles, shoes and every other type of gear you’d need to be a pro player.

There were hundred of tables there in the convention hall. (pictured below) Each table had different age groups and talent levels making their way thru their brackets. In the center were two tables surrounded with bleachers. This is where the marquee matchups took place. While we were there, we watched the Women’s Doubles Championships and it was great. 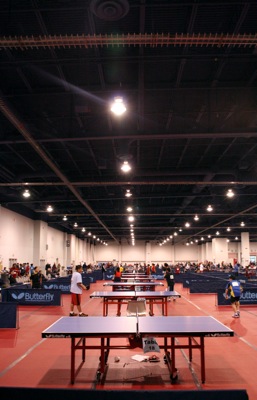 I’ve always loved my last name of Stucki. I love the Swiss heritage of it. But, I can’t tell you how often I heard “Hey Stucki Dookie” in school growing up. And every person thought they were the first one to think of it.

Well to those who teased, consider this. In this internet age, I have another reason to love my last name. It’s rare.

When I wanted to buy a domain name, www.BrianStucki.com was available for me. When I sign up for email address or community names, Brian Stucki is available.

But the most fun thing about having a unique name is that I’m easy to be found online. If you search “brian stucki” on Google, there is my site at the very top. The second entry would be my pictures on flickr. (The third entry is some opera singer named Brian Stucki. That’s not me.)

The reason I bring this up is that I’ve heard from so many old friends because they searched my name on the internet and found my site at the top. it’s been fun to hear from them and it’s all thanks to the unique name.

Take that John Smith’s of the world