Cole is fast approaching 6 months. He is playful and kind. He smiles within 15 seconds of waking up and doesn’t stop all day. (I think he gets that from Candace.) Click on the image below to watch a short clip Cole talking and laughing with his mom. 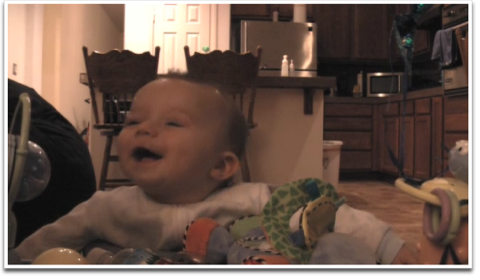 I wish they’d solve the Holloway case soon. Each time I open up CNN it seems like I’m looking into a mirror from a few years ago . The “you look like…” emails have been pouring in. Don’t they know, if it was me in the picture the ear buds would be white? 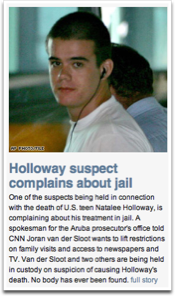 Candace and I went to the James Taylor concert on Saturday night. It was a nice evening. As usual, Candace looked beautiful. As we were wading in the Mandalay Bay of Immodesty , she stood out as a woman of value and morals and that makes me adore her more.

Before the show, we ate dinner with a good friend of mine from the mission field. He is currently a Marine based in Oceanside, CA and he has some great experiences to share. Since he is Tongan, he serves as the official liaison between the US Marines and the Tongan military. He’ll soon be heading to Iraq for a third time for deployment.

This concert was my 12th JT concert and the second one for Candace. I still enjoy hearing him play live because he does such nice remakes of his songs. As I said before, they are “familiar enough to love and new enough to feel like youâ€™re discovering them again.” Also, he is quite a comedian between songs. As usual, he ended the show with my favorite tune and it left me satisfied and smiling.

While I attend a James Taylor concert, I think I stick out just a little. Over the years, I’ve become so familiar with his music that it takes me just a note or two to know which song he is beginning to play. Even if it has a different beginning from the album, I can usually tell by the range or even by the guitar chord he is using. Because of this quick recognition, my cheers come quite a while before the rest of the crowd and I think that embarrasses Candace just a little. But at least JT knows I’m eager with anticipation.

And coincidentally, James Taylor has a new album released today. It is actually a live album and DVD of the show that Candace and I went to while in San Francisco last February.

Every once and a while a blogger just needs to throw up a post of random thoughts. None of these are worthy of posts on their own, but maybe they are interesting enough collectively.

Alright, I think I got all the little tidbits out of my system.