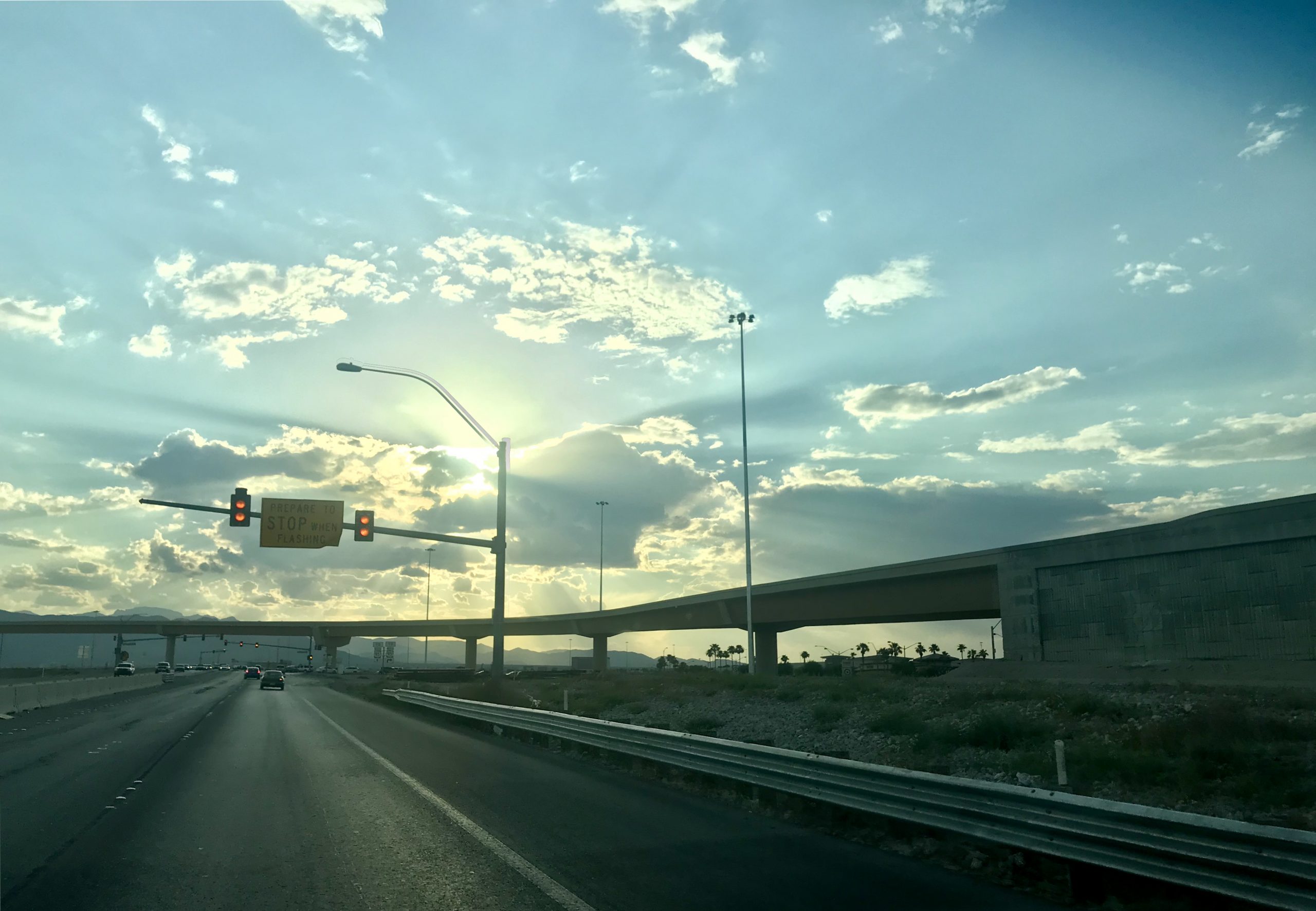 There is a new flyover bridge opening in Las Vegas tomorrow, 12 July 2017. It’s set to open at 10:30AM after a small ceremony. It’s been a large undertaking and is predicted to be the second busiest intersection in the state of Nevada. We’re all looking forward to it, but having it open reminds me of a story.

In high school,  I read in the paper (What? You didn’t read the newspaper every morning before school?) that a new bridge was to open in downtown Las Vegas. It was a big deal because even today it stands as the busiest interchange in Nevada connecting Northbound I-15 to Northbound I-95. It’s the crowning noodle of the Las Vegas Spaghetti bowl. 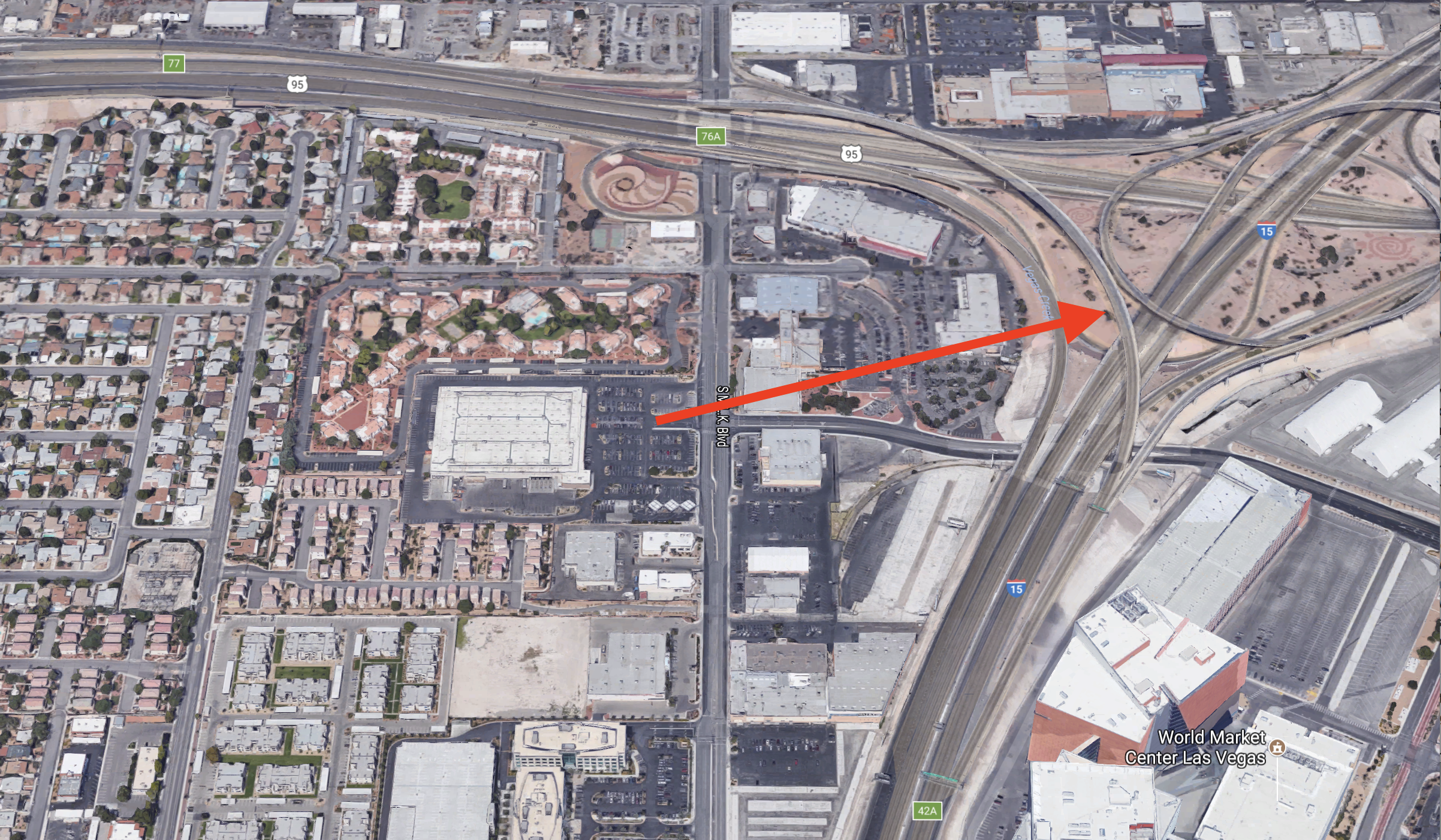 The newspaper said that it would officially open at 3:15AM.

At 2AM the next morning, I woke my brother who I shared a room with and told him to get dressed. Without asking any questions, he hopped up and within a few minutes we were sliding out the basement window and out the sideyard. We started the truck up without any lights and headed downtown.

It was so early in the morning that it took only 15 minutes to get downtown. When we arrived, the bridge was still barricaded and they were doing some last minute cleanup. We drove in circles up the I-15 then back down Las Vegas Blvd just killing time and trying to time the opening.

After about ten passes, we finally just pulled over to the side of the road and waited. Of course, this was before cell phones so waiting was no easy task.

Finally at 3:30AM, some workers unceremoniously walked over to remove the last barricade blocking the new bridge from use. As soon as it was pulled to the side, we came flying through as the first civilians to use the bridge.

As we drove by, we rolled our window down and hollered “Thanks!” Sure we snuck out in the middle of the night but what can I say? We were well-mannered rebels. In fact, from the maiden bridge crossing we went to breakfast and then straight to seminary.

So from now on, as you exit the I-15 to head to Summerlin and beyond, you can remember that we were the first ones to test that bridge out and be sure it was safe for everyone. You might even call it the Brian Bridge. You don’t have to, but you might.

Note: This is a portion of a talk I gave at the Shadow Mountain Stake Conference held June 2017 in Las Vegas, NV.

I’ve learned a lot about mirrors in the last little while.  It’s my sons fault. We were reading a book together about how things work. We got to the part about mirrors and it really caught my attention. I want to share a couple mirror facts with you tonight.

So let’s talk about mirrors and reflect on them.

How was that for a dad joke?

As you know, most mirrors are smooth pieces of glass. One side of the glass is painted with a shiny metal. The smooth glass allows light in and the shiny metal bounces it back giving you a reflection.

But did you know, for instance, that mirrors do not work in the dark. Of course you know you can’t see yourself because it’s dark but it’s not just you. The mirror is off.

Think about that. If you were in a dark room, even with some superpower night goggles that gave you night vision, you would not see a reflection of you in the mirror because there is not light to be returned to you.

That just gets crazier the more I think about it.

One other more mirror lesson I recently read that will become the basis of what I want to talk about this evening.