Each year, Warren Buffett (the third richest man in the world) writes a letter to the shareholders of Berkshire Hathaway. Usually, it is a recap of the preceding year for the company, an invitation to the yearly stockholder meeting, and some insight into the mind of the world’s greatest investor. I always look forward to reading his advice. 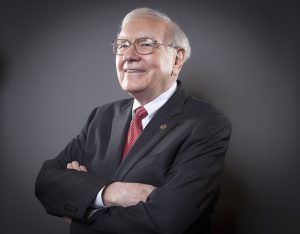 The letter (PDF), which is always released late Friday evening or Saturday morning so as to not influence irrational trading on the market, was released today. The whole thing is worth reading if you’re interested in long-term investing. (That’s the investing I prefer as well.) Below are some of my favorite parts of the 2017 letter:

Each year, Mr. Buffett gives the numbers up front, plain and clear but this year is a little different:

The format of that opening paragraph has been standard for 30 years. But 2017 was far from standard: A large portion of our gain did not come from anything we accomplished at Berkshire.

The $65 billion gain is nonetheless real – rest assured of that. But only $36 billion came from Berkshire’s operations. The remaining $29 billion was delivered to us in December when Congress rewrote the U.S. Tax Code.

He also talks about a new accounting rule that will affect how reports are done in the future. One of the best tips I can give parents, church leaders, bosses or coaches is to give experienced foresight to those who learn from you. It not only allows the learners to prepare but also increases their trust in you:

I must first tell you about a new accounting rule – a generally accepted accounting principle (GAAP) – that in future quarterly and annual reports will severely distort Berkshire’s net income figures and very often mislead commentators and investors.

It reminds me of a talk I recently heard of a father who would talk to his son each year and tell him things that he might expect in his life for that year. After a warning, he’d encourage that “when these things happen—or anything else that troubles you—I want you to come and talk to me, and I’ll help you get through them. And then I’ll tell you what comes next.”

Before reporting on the acquisitions from last year, Warren explained the simple approach to adding value to the company:

There are four building blocks that add value to Berkshire: (1) sizable stand-alone acquisitions; (2) bolt-on acquisitions that fit with businesses we already own; (3) internal sales growth and margin improvement at our many and varied businesses; and (4) investment earnings from our huge portfolio of stocks and bonds.

And in 2017, there were not many acquisitions made by Berkshire. He explained what they look for in purchasing a company:

In our search for new stand-alone businesses, the key qualities we seek are durable competitive strengths; able and high-grade management; good returns on the net tangible assets required to operate the business; opportunities for internal growth at attractive returns; and, finally, a sensible purchase price.

I love that when the rest of the world is buying, he’s staying true to the founding rules:

That last requirement proved a barrier to virtually all deals we reviewed in 2017, as prices for decent, but far from spectacular, businesses hit an all-time high. Indeed, price seemed almost irrelevant to an army of optimistic purchasers.

Why are the prices so high? Money is cheap and this:

Once a CEO hungers for a deal, he or she will never lack for forecasts that justify the purchase.

Even though Berkshire stayed mostly on the sidelines, the multi-billion dollar train moves on just fine:

Our aversion to leverage has dampened our returns over the years. But Charlie and I sleep well. Both of us believe it is insane to risk what you have and need in order to obtain what you don’t need.

That doesn’t mean they won’t buy when the time is right:

…we will need to make one or more huge acquisitions. We certainly have the resources to do so. At yearend Berkshire held $116.0 billion in cash and U.S. Treasury Bills (whose average maturity was 88 days), up from $86.4 billion at yearend 2016. This extraordinary liquidity earns only a pittance and is far beyond the level Charlie and I wish Berkshire to have. Our smiles will broaden when we have redeployed Berkshire’s excess funds into more productive assets.

He also gives another overview of his victorious ten-year bet on index funds. And assures the rest of us that it’s still the right approach, especially to avoid fees:

And when others hesitate, you move:

Though markets are generally rational, they occasionally do crazy things. Seizing the opportunities then offered does not require great intelligence, a degree in economics or a familiarity with Wall Street jargon such as alpha and beta.

And – as has been the case since 1776 – whatever its problems of the minute, the American economy was going to move forward.

I highly recommend the whole letter as it’s full of financial and other advice. 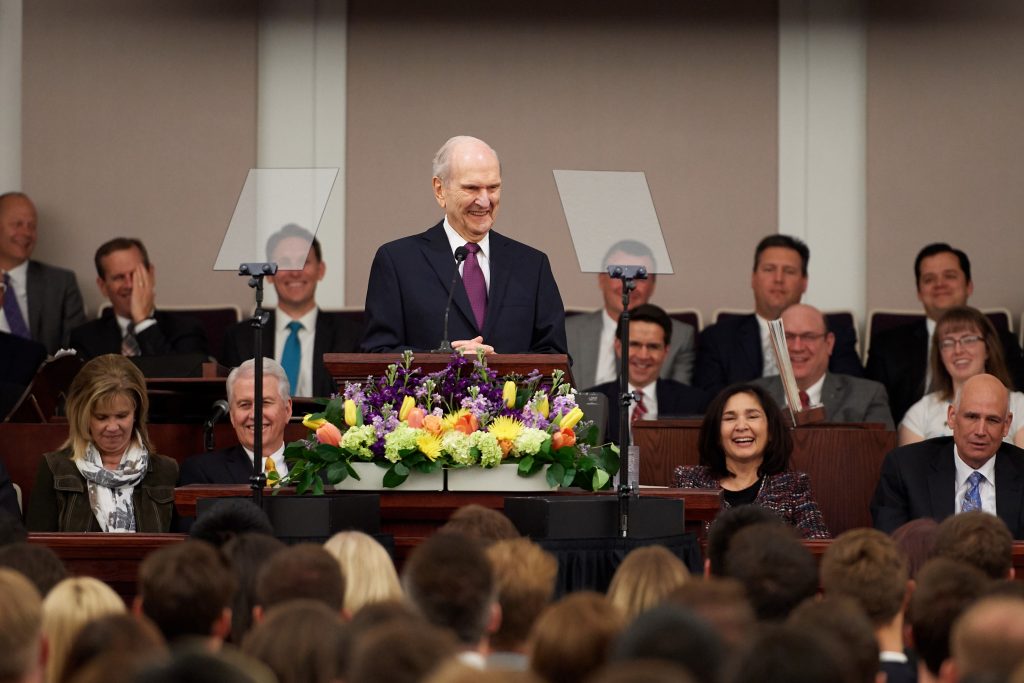 President Russell M. Nelson, President of The Church of Jesus Christ of Latter-Day Saints, came to Las Vegas and spoke to members of the church. The majority of these members are single adults, age 18-30, and are still setting so many patterns and making decisions in their lives. This is an ideal time to hear from a Prophet of God. President and Sister Nelson gave great advice.

I was invited to come and sit on the stand for the devotional.

When the prophet arrives, it’s customary to stand out of respect as he finds his seat on the stand. It was great to watch the room full of hundreds as they stood in silence. He came in and greeted everyone with a smile. He arrived ten minutes early to assure sufficient time to prepare hearts and minds for the meeting. As he sat, he turned around to us on the stand (31 Stake Presidents and 8 YSA Bishops) and mouthed “Thank you.”

After the devotional, he needed to leave the building before the rest of us were dismissed. He again faced us and with his hands outreached he said with a smile, “Virtual handshakes, virtual handshakes.”

President and Sister Nelson spoke with such humor and power and kindness. You can see the recap on the Church Newsroom (there is also video highlights) , but my favorite quotes from the night:

“One attribute that all prophets have in common is they understand the importance of divine law….Divine law cannot be denied or disputed.”

“Serve others with love. Doing so will open your mind to personal revelation and inner peace.”

There was so much more to the evening. Yesterday was a solid journal entry day. 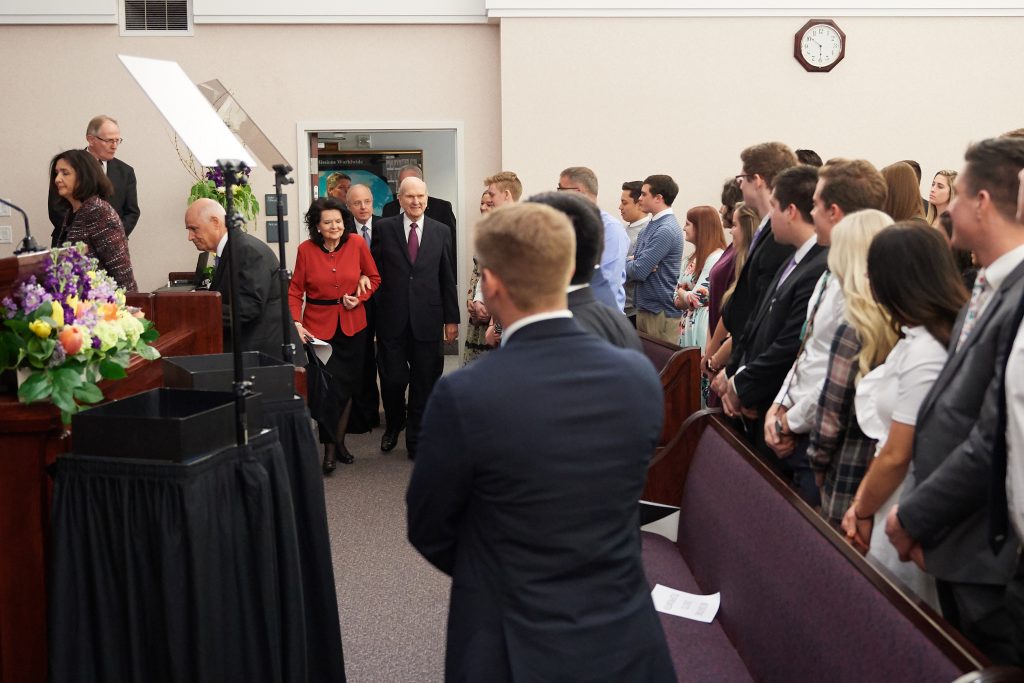 Scientists recently used LiDAR to scan the jungles of Guatemala. Using this technology, “scholars digitally removed the tree canopy from aerial images of the now-unpopulated landscape, revealing the ruins of a sprawling pre-Columbian civilization that was far more complex and interconnected than most Maya specialists had supposed.” 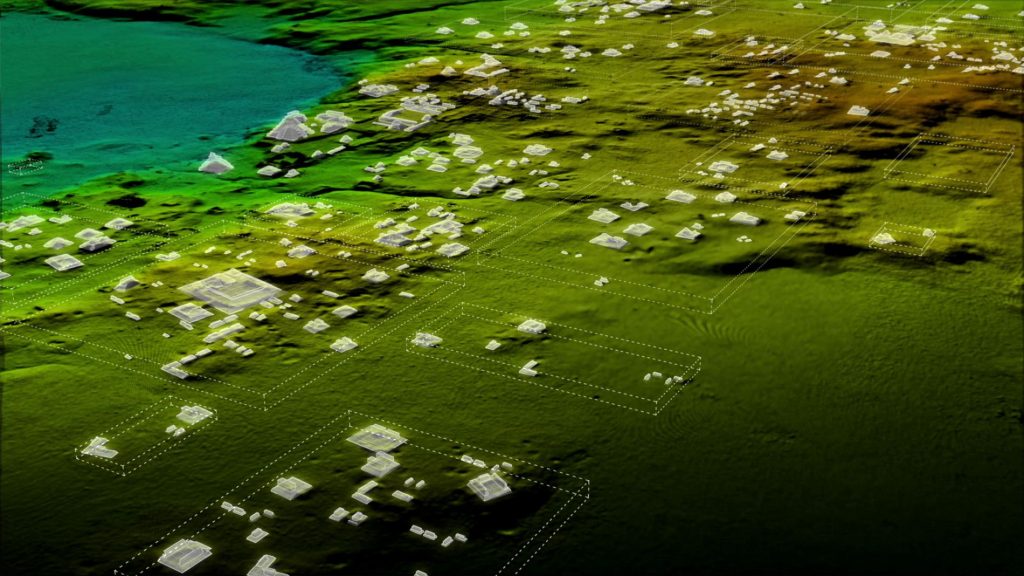 The results are very interesting:

If you’re interested, you should read all about the Maya Megalopolis Below the Guatemalan Jungle. (I also highly recommend this book.)

The images and results of this exploration are very interesting but of course they are not new to those who study The Book of Mormon. The book teaches of large cities and populations among the “ancient inhabitants of the Americas.”

Testimonies should be based on “the Spirit of truth” because “he will guide you into all truth.” We shouldn’t base our testimony (or lack thereof) on science.  Regardless, it’s interesting when science and religion cross an intersection of truth to meet each other.

A true believer of the Gospel of Jesus Christ should always welcome scientific findings.

Henry Eyring, a renowned scientist and the father of Henry B Eyring taught:

“Since the Gospel embraces all truth, there can never be any genuine contradictions between true science and true religion…. I am obliged, as a Latter-day Saint, to believe whatever is true, regardless of the source.”

President Russell M. Nelson, the current President of the LDS church and a renowned heart surgeon, has taught a similar teaching:

“There is no conflict between science and religion..Conflict only arises from an incomplete knowledge of either science or religion, or both. … Whether truth comes from a scientific laboratory or by revelation from the Lord, it is compatible.”

Recently, the Mormon Channel released a video about Discovering Truth in a story told by Elder Uchtdorf:

I believe that honest seekers of truth can find it. Often it will take time and effort but it’s a worthwhile process.